Built around 1805, the Julee Cottage was named for one of its earliest owners, Julee Panton, a free woman of color. The cottage is an early example of platform frame construction, reminiscent of the Creole cottages of the New Orleans French Quarter. It presently displays a “saltbox” shape, built to the sidewalk with no front porch, but cut off roof joists at the south wall suggest the building once had an overhang. It is the only surviving form of this urban Creole architecture in Pensacola. The cottage, included in the self-guided tour, represents the cottage of a working class African-American family during the era of Reconstruction.

The Julee Cottage is Stop 2 on the African American Heritage Trail.

To learn more about African-American history in Pensacola, see the African American Heritage Society, located at 200 Church St. Founded in 1990, the mission of the AAHS is to preserve, promote, educate and integrate African American history, heritage, culture and diversity, in Pensacola and the Greater Gulf Coast Region through education and the humanities, and to continue to lead the area in supporting and promoting Cultural Tourism in Northwest Florida. 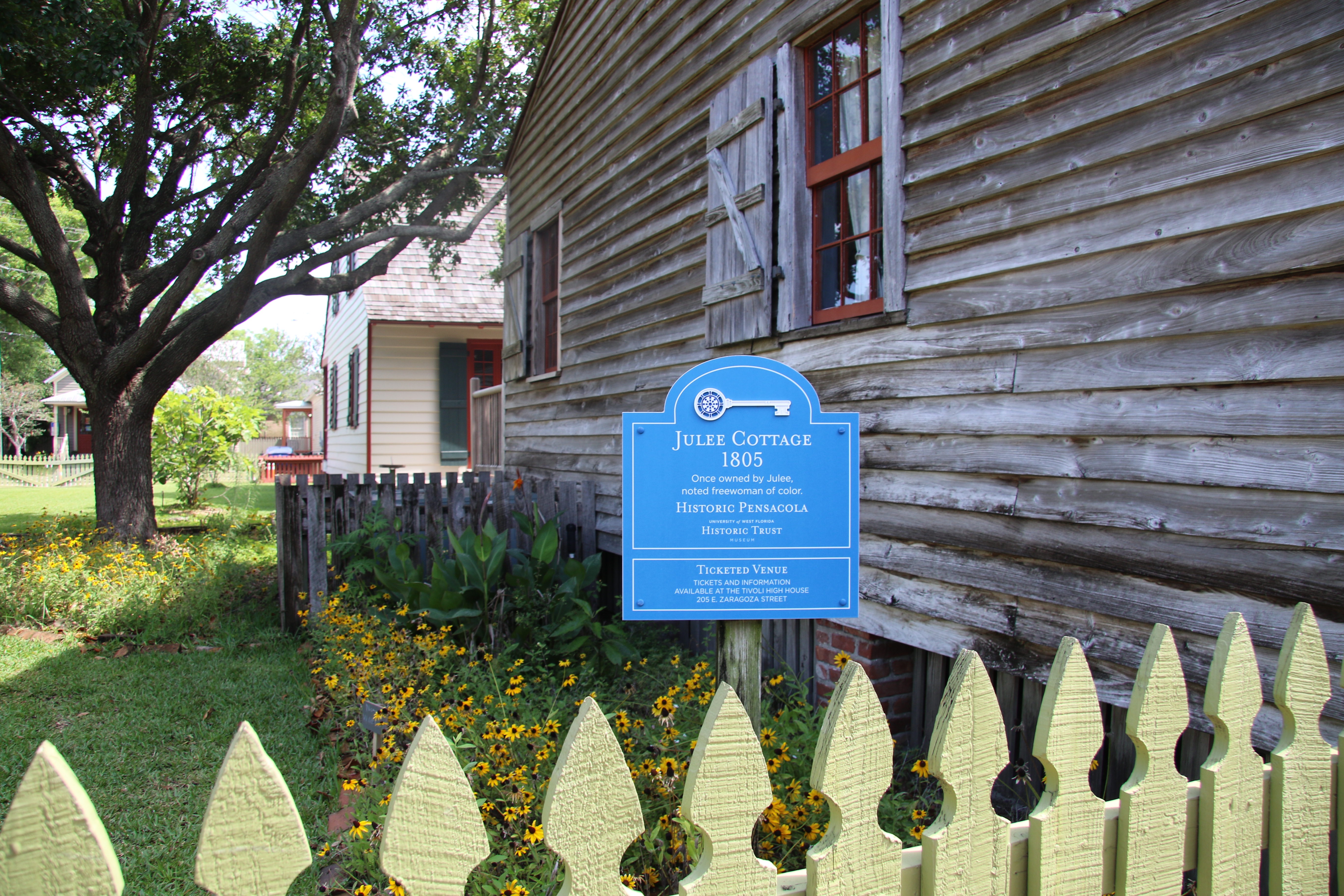