There is always something to see and do in Historic Pensacola. Our Museum of Industry and Museum of Commerce are hosts to permanent exhibits and tell the stories of the Pensacola’s early industries and downtown Pensacola circa the 1890s.

In the Voices of Pensacola, see Travel Diaries: Stories from the Jane Peaden Collection.

This exhibit highlights items from the Jane Peaden Collection, which is a large collection of items picked up during Jane’s travels in the 1970s and 1980s. Items are paired with images and diary entries that show how anyone can travel, broaden their horizons, and interact with communities across the globe. Open Tuesday, Wednesday, and Thursday.

The Pensacola Museum of History is where you will find a permanent exhibit on the history, archaeology and preservation of the City of Five Flags, in addition to changing exhibits.

The Finding 1821 Trail allows you to explore Pensacola's history through modern technology. The Finding 1821 trail reflects a local establishment that was near that location two hundred years ago. Outside each business is a QR code that links to a corresponding advert from an early 1820s newspaper. You can find ours on the left window in the breezeway. Over a dozen sites have been identified so far. Take a stroll around town, visit local shops, and explore the history of Pensacola through today's technology. 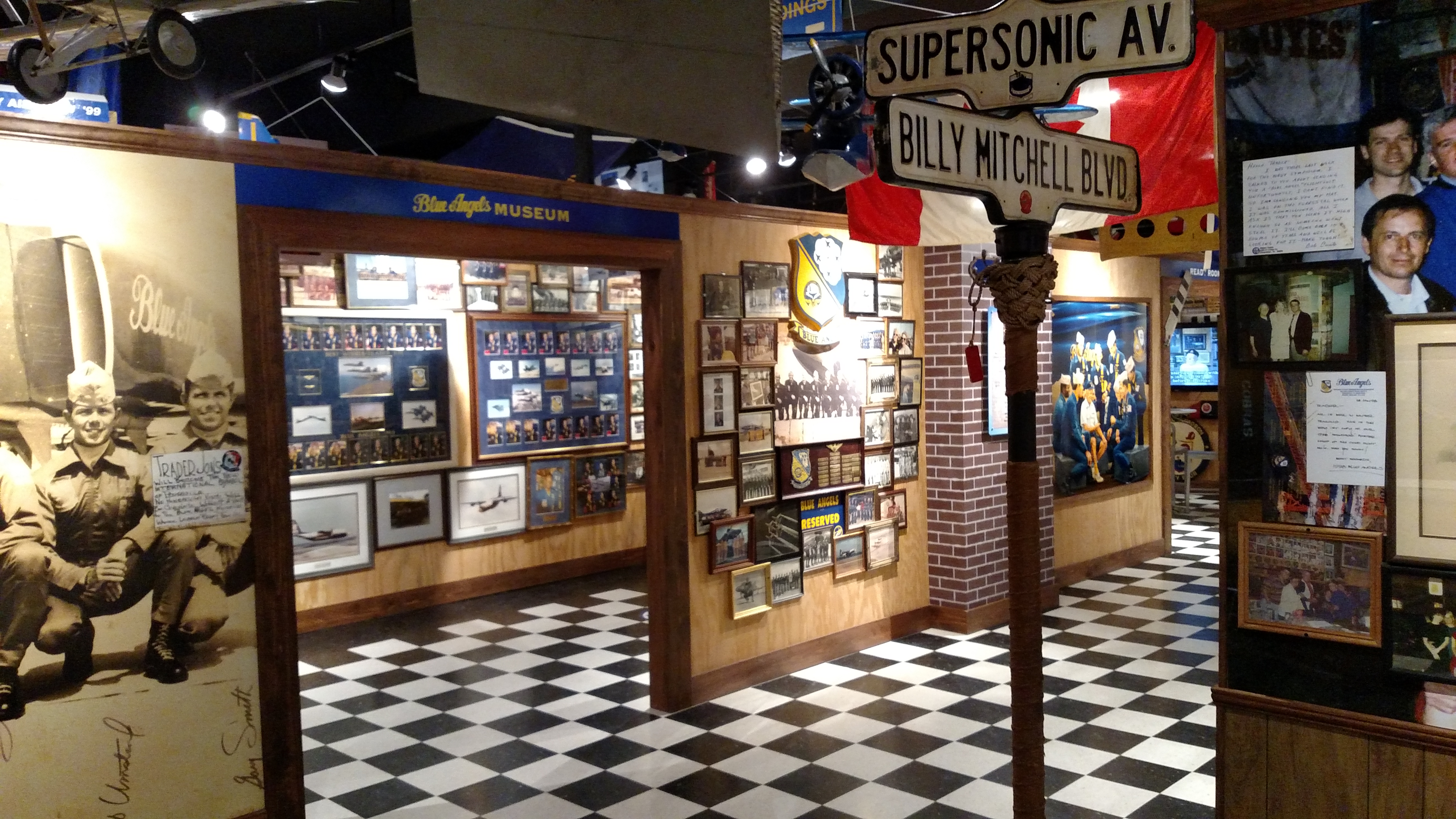 The City of Five Flags tells the unique story of Pensacola through artifacts, photographs and stories told through archaeology and preservation efforts. Renovated in 2012, the City of Five Flags exhibit includes streamlined timelines, one-of-a-kind artifacts, and immersive environments all designed to help visitors experience life in Pensacola under five different flags. 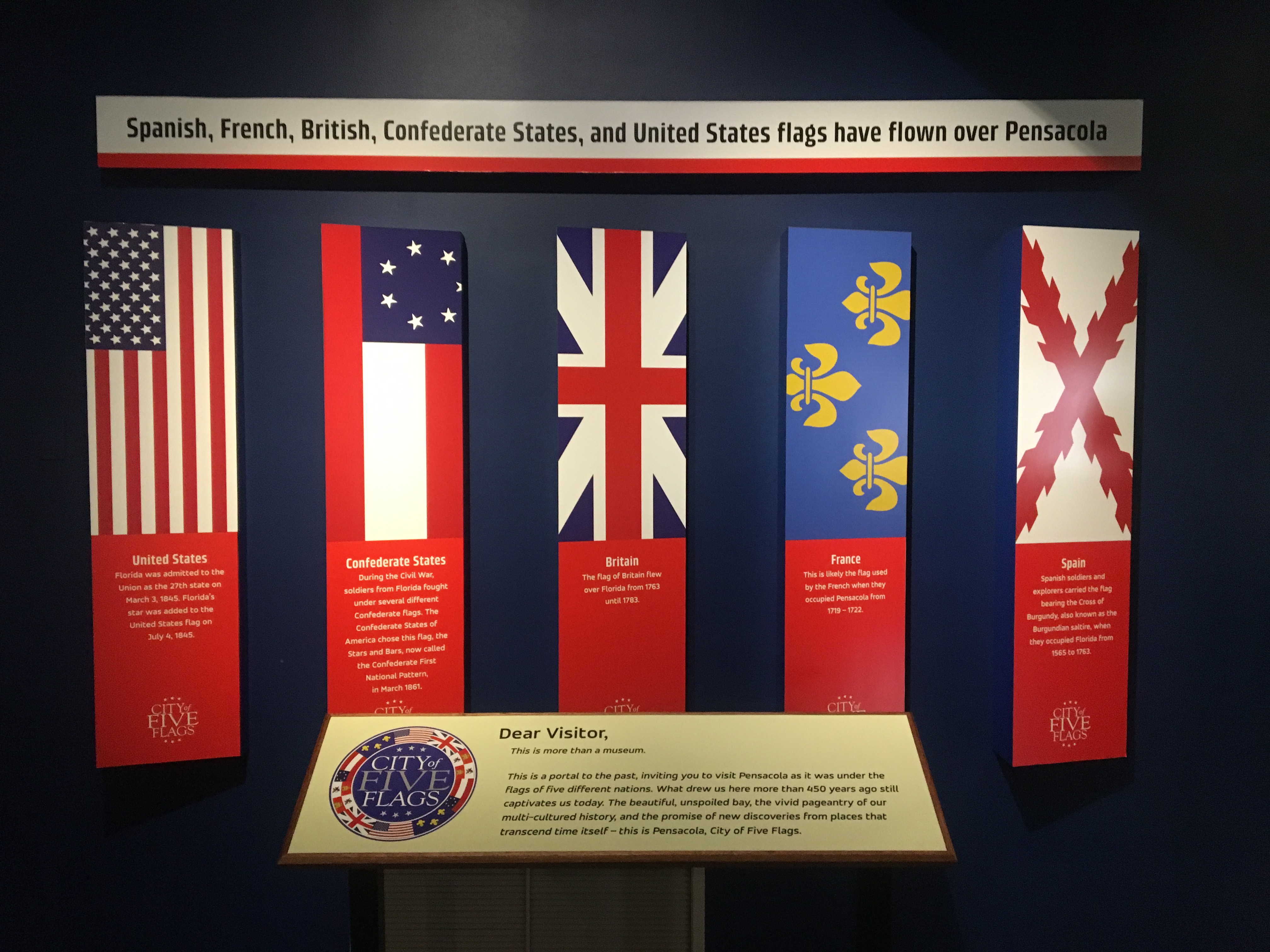 After the Civil War, newly enfranchised Black men entered the world of politics for the first time. The inclusion of African Americans as not only citizens, but as voting constituents greatly impacted politics in the United States. Impacts from this crucial time in American history are still seen today. Though the exhibit highlights local Black politicians, items on display will enhance the story of overall understanding of the national context. Portraits, letters, and memorabilia will soon fill the third floor of the museum! Be sure to come visit during the fall to be among the first to view 2000 Men. The exhibits team is always looking for items to help tell our story. If you, or someone you know, may be interested in donating items relating to this or any of our exhibits, please reach out!

In 1973, local community members banded together to form Festival Fever Days, a weekend arts festival in downtown Pensacola. Since then, every year the celebration has grown and is now a 3-day event called the Great Gulfcoast Arts Festival. It is one of the largest annual events put on in the city, and among the largest arts shows in the United States. For 50 years, this all-volunteer organized festival has brought in thousands of tourists as well as provided a space for local, regional, national, and international artists to showcase their crafts.

This exhibit explores the incredible story of the volunteers who keep the festival alive. Through the past five decades, little has made a larger impact on the city than the Great Gulfcoast Arts Festival and those that dedicate their time to ensuring it remains a vibrant affair in the heart of Pensacola.

The Story of Us: From Curiosity Cabinets to Modern Museums

Modern museums look vastly different than 16th century curiosity cabinets. Museums, and their predecessors, exist because of the drive to preserve memories. Every object has a story to tell - sometimes two or three. Our mission is to protect and interpret thousands of objects that represent the history of Northwest Florida.

Suddenly American: A Meeting of Heritage and Country

This exhibit looks at the transition of Florida from a Spanish territory to an American region, which formally occurred in 1821. Florida’s embattled history dates back much farther than 1821. From refusing independence during the American Revolution to wanting their own freedom in 1810, Florida loved to cause problems. The United States eyed the region early on, using the Seminole Wars as an excuse to seize territory before turning to diplomatic means to acquire Florida. The Adams-Onis Treaty, debated and initially agreed upon in 1819, resulted in Spain ceding control of East Florida to the United States. At the same time, Spain also agreed to give up all claims on West Florida, in essence giving the entire Florida territory over to the United States. Ratified in 1821, the Treaty was cause for celebration in Pensacola, the capital of West Florida, as it officially became part of America.

The wild landscape of the northern Gulf Coast has transformed dramatically over the years, due to both natural and human forces. From early drawings to more recent renderings, this exhibit explores the shifting topography of Northwest Florida through a series of maps selected from the UWF Historic Trust Archives.

The period between 1811 and 1820 is historically defined as the Regency Period. Though more associated with a specific period of time in which social and cultural changes were rapidly occurring in England, under the reign of George, Prince of Wales - who governed Britain as the “regent” during his father’s illness - areas outside the UK experienced the same shift in society. For the Gulf Coast, and Pensacola specifically, the Regency Period was a tumultuous time. It corresponded with the final days of Spanish rule in Florida, and the preparation of becoming an American territory was already underway. Thus, a mixing of cultures happened simultaneously with newer social and cultural trends.This exhibit looks at a day in the life of a Regency-era Pensacolian through fashion and garment use. Drawing on historical documentation of stores known to have operated on Palafox, inside this recreation of a seamstress shop visitors will be able to explore the dress of yesteryear.

“Charming historical area. Great area for a walking tour. Charming streets that are a blend of New Orleans, Key West, and Charleston. "